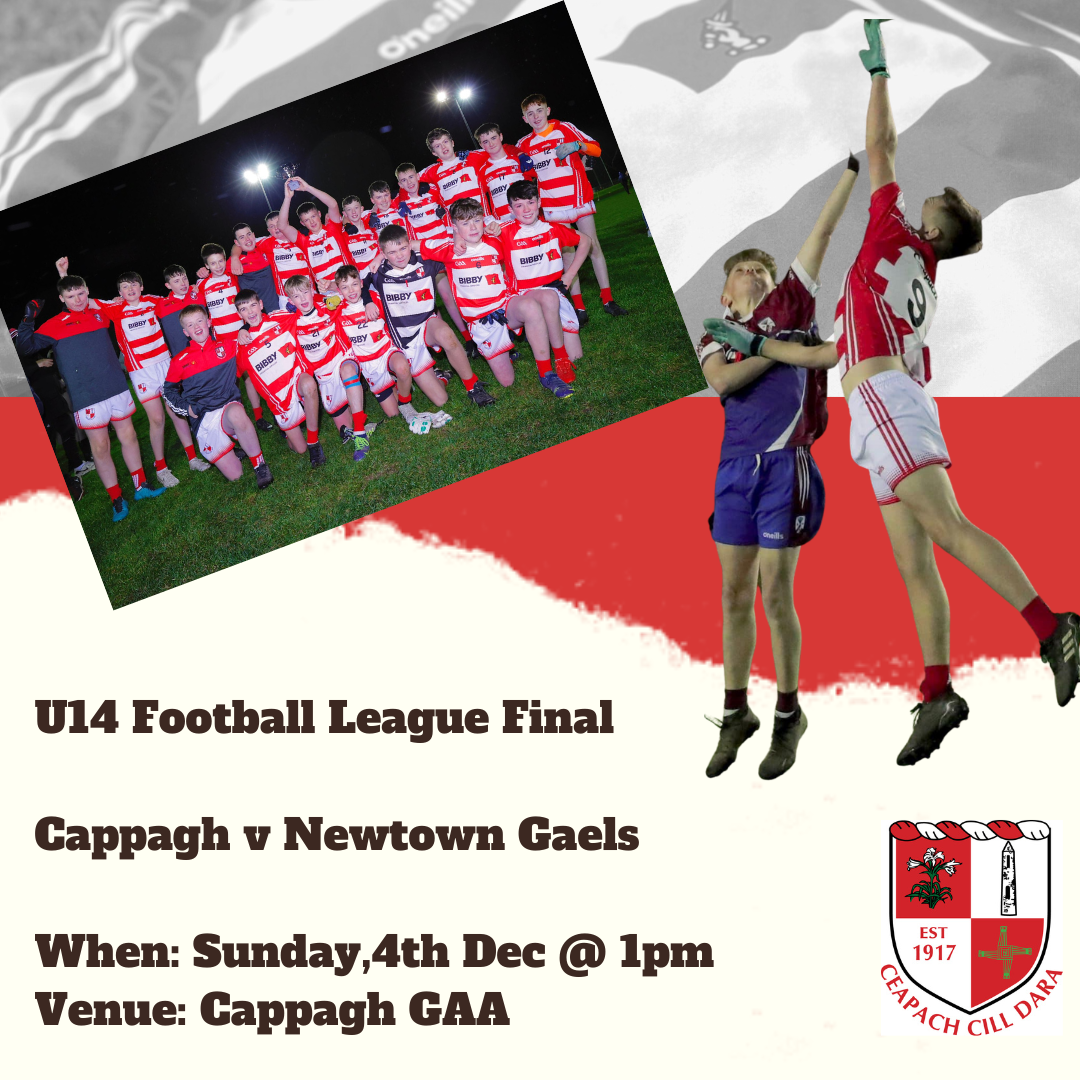 Published: about 2 months ago

Download our mobile app to hear more about Cappagh GAA - One Club.

Our U14 League Final is now rescheduled for this Sunday at 1pm.

A great game was played out the last day these two teams met in the Championship final, which we took the honours and now we play out for the league.

Best of luck to Murt, Tom and Mark and the panel of lads.

A great home support would be appreciated as it’s not often we get a home fixture for a final.

The updated list of raffle prizes for Grá4G Fundraising E...

Get your lucky numbers in before 4pm on today and it coul...

Newtown N.S. is fundraising for Grainne, a student in 6th...

Get your lucky numbers in before 4pm on Tuesday and it co...

Get live information for Club on the ClubZap App